Antarctic meteorite expeditions can be grueling, but scientists designed a new AI that could help locate hotspots. 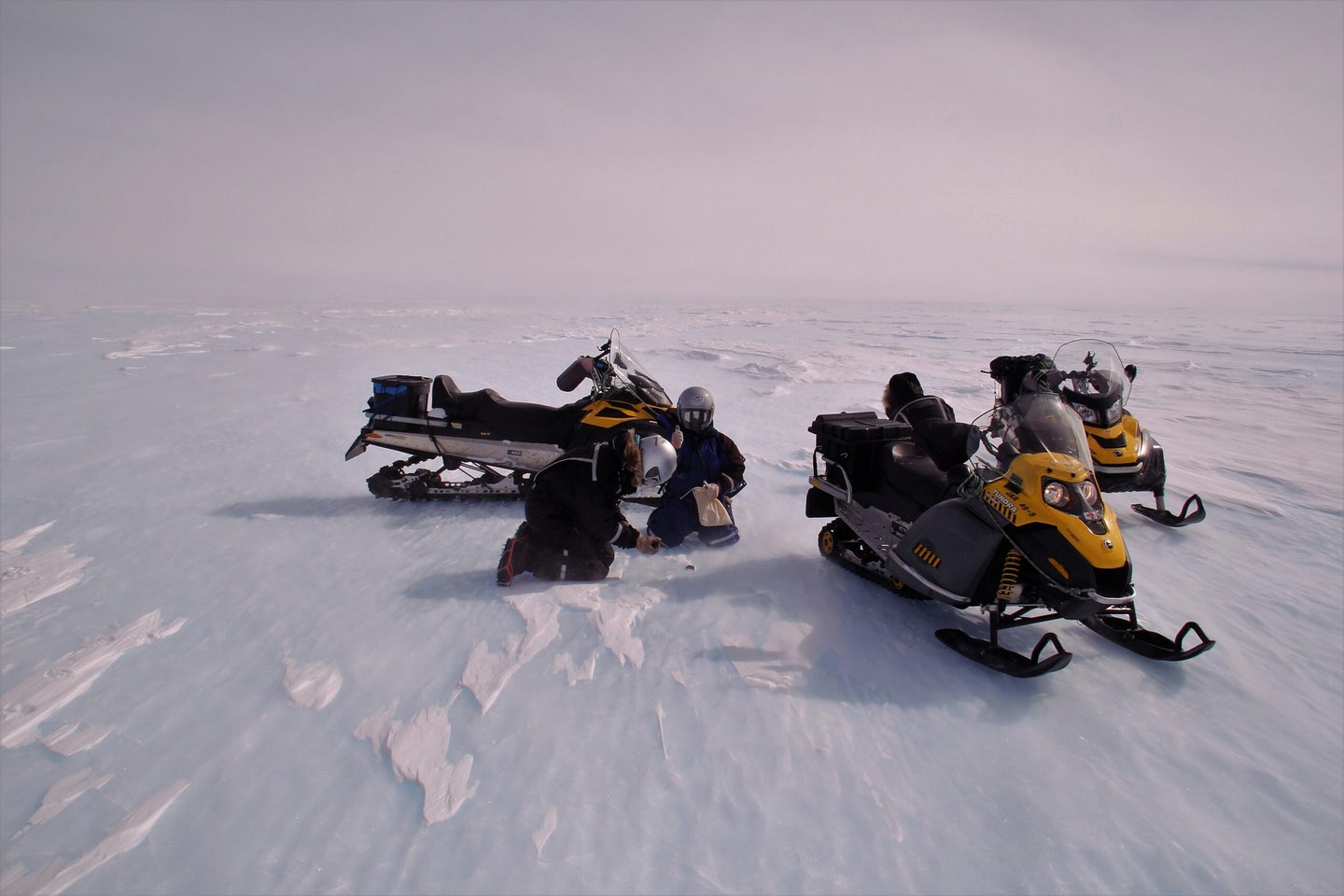 Meteorites are the recordkeepers of our solar system. As parts of planetary bodies that have formed and evolved over literal eons, scientists can gain important cosmological insights from studying these fallen space rocks.

But to do that, they must first locate these elusive cosmological gems. To date, about 62 percent of meteorites recovered on Earth have been discovered in Antarctica. Previous meteorite expeditions to the world’s coldest and iciest continent have relied on pure luck and the past experiences of seasoned space rock hunters.

Striking meteorite gold is also hard won; most trips are typically hindered by the sheer amount of labor it takes to unearth a find. Now, in a new study published today in Science Advances, researchers have developed an alternative, cost-effective approach to finding meteorite stranding zones (MSZs), the areas where space rocks fall in high concentrations.

Using machine learning, an AI was developed that could predict the probability of a meteorite’s location anywhere in Antarctica. According to the study, the system accurately identified over 80 percent of already known MSZs in the region.

And researchers are confident that it will help conquer unexplored zones. “It has never been done on a continental scale and even on a local scale,” says Veronica Tollenaar, a researcher at the Université libre de Bruxelles in Belgium and lead author of the study. This type of data-driven analysis “has never been performed in this way.”

[Related: Hunt for meteorites in your own yard]

While searching in the field, there’s reason for scientists to still use their intuition, which is often informed by important research and past experience, Tollenaar says. But, she adds that their tool can be used for validation. The AI is able to verify or refute the ‘gut feeling’ many experts follow to track down meteorites, all the while curbing expensive meteorite recovery efforts.

Tollenaar and her team trained a machine learning algorithm to recognize 2,254 locations where researchers did find meteorites, and 2.1 million more where their existence was unknown. Then, they created an index that ranks MSZs according to the ease and success of a potential field visit.

Some of these unexplored zones were even found to be located near a number of Antarctica’s 70 permanent research stations.

To accurately map the continent and create predictions, the technique utilizes satellite-based data on Antarctica’s surface temperature, surface velocity, surface slope, and radar backscatter—which is when electromagnetic energy is reflected back to its source by the terrain. The team needed to account for these factors because when meteorites fall to the ground, they typically become trapped in Antarctica’s thick, snow-covered ice sheet, which covers about 98 percent of the entire continent.

As these meteorites are carried underneath the region by ice flows and gravitational forces, many of them end up in the ocean. But some particularly lucky specimens rise back to the surface in what are known as blue ice areas (BIAs), places with a distinct light blue hue caused by snow melting faster than its accumulation.

Many of these exhumed space rocks come from between Mars and Jupiter, but those of a rarer pedigree are lunar meteorites, ones that some scientists say, hail from the dark side of the moon. Regardless of their celestial origin, all of these rock fragments “can really tell us a lot about how the Earth looks from the inside,” says Harry Zekollari, a glaciologist at ETH Zürich in Switzerland and one of the coauthors of the study.

According to Zekollari, who has visited Antarctica once before, exploratory expeditions can be difficult, but the scientific value of recovered meteorites is too invaluable to pass up. “A lot of the things that tell us about how old our solar system is, we really know them from meteorites.” says Zekollari.

Of the 45,000 meteorites the scientific community has already found, Tollenaar’s team expects about 300,000 more still lie somewhere beneath Antarctica’s dense ice sheet. Their study also hypothesizes that since the first Antarctic meteorite was discovered in 1912, less than 15 percent of all those at the surface have ever been recovered.

Zekollari attributes some of that discrepancy to how fieldwork studies are typically conducted. “So far being in the field is just driving around, typically on a snow scooter,” he says. “You’re just looking for meteorites, but you may be missing quite a lot of them.”

In the future, Zekollari’s dream is to utilize drones in a similar fashion to their AI. This latest tool could not only help make individual expedition searches more efficient, but is something that could improve meteorite exploration missions from all over the world.

As for what’s next for the project, the study authors are already making preparations for a potential mission to Antarctica sometime in the next year, where they hope to test the new algorithm themselves.

“We want to find as many meteorites as possible, and we want everyone to find them,” Zekollari says. “With this study, we try to aim people in the right direction.”